Everything You Need to Know About Heartworms

Home » Everything You Need to Know About Heartworms 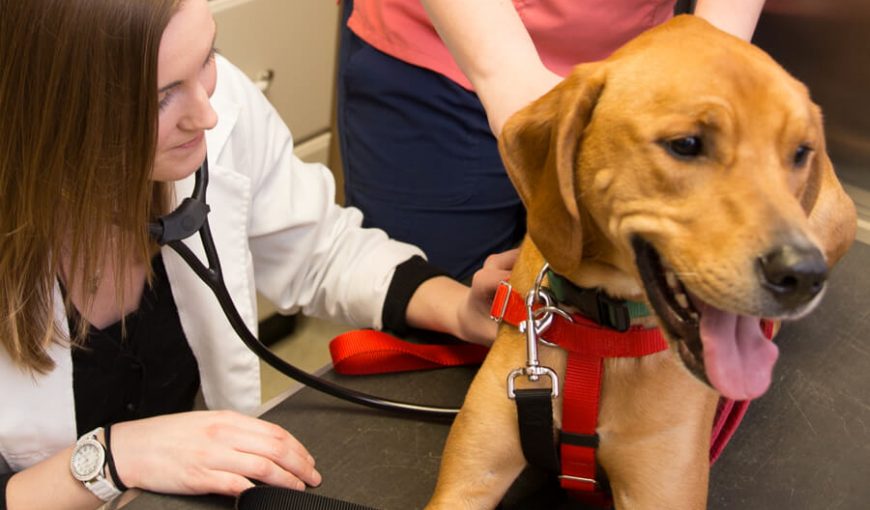 Heartworm disease is a serious and potentially fatal disease in pets in the United States and many other parts of the world. It is caused by foot-long worms (heartworms) that live in the heart, lungs and associated blood vessels of affected pets, causing severe lung disease, heart failure and damage to other organs in the body. Heartworm disease affects dogs, cats and ferrets, but heartworms also live in other mammal species, including wolves, coyotes, foxes, sea lions and—in rare instances—humans. Because wild species such as foxes and coyotes live in proximity to many urban areas, they are considered important carriers of the disease.

Dogs:
The dog is a natural host for heartworms, which means that heartworms that live inside the dog mature into adults, mate and produce offspring. If untreated, their numbers can increase, and dogs have been known to harbor several hundred worms in their bodies. Heartworm disease causes lasting damage to the heart, lungs and arteries, and can affect the dog’s health and quality of life long after the parasites are gone. For this reason, prevention is by far the best option, and treatment—when needed—should be administered as early in the course of the disease as possible.

The mosquito plays an essential role in the heartworm life cycle. Adult female heartworms living in an infected dog, fox, coyote, or wolf produce microscopic baby worms called microfilaria that circulate in the bloodstream. When a mosquito bites and takes a blood meal from an infected animal, it picks up these baby worms, which develop and mature into “infective stage” larvae over a period of 10 to 14 days. Then, when the infected mosquito bites another dog, cat, or susceptible wild animal, the infective larvae are deposited onto the surface of the animal’s skin and enter the new host through the mosquito’s bite wound. Once inside a new host, it takes approximately 6 months for the larvae to mature into adult heartworms. Once mature, heartworms can live for 5 to 7 years in dogs and up to 2 or 3 years in cats. Because of the longevity of these worms, each mosquito season can lead to an increasing number of worms in an infected pet.

In the early stages of the disease, many dogs show few symptoms or no symptoms at all. The longer the infection persists, the more likely symptoms will develop. Active dogs, dogs heavily infected with heartworms, or those with other health problems often show pronounced clinical signs.

Signs of heartworm disease may include a mild persistent cough, reluctance to exercise, fatigue after moderate activity, decreased appetite, and weight loss. As heartworm disease progresses, pets may develop heart failure and the appearance of a swollen belly due to excess fluid in the abdomen. Dogs with large numbers of heartworms can develop a sudden blockages of blood flow within the heart leading to a life-threatening form of cardiovascular collapse. This is called caval syndrome, and is marked by a sudden onset of labored breathing, pale gums, and dark bloody or coffee-colored urine. Without prompt surgical removal of the heartworm blockage, few dogs survive.

Signs of heartworm disease in cats can be very subtle or very dramatic. Symptoms may include coughing, asthma-like attacks, periodic vomiting, lack of appetite, or weight loss. Occasionally an affected cat may have difficulty walking, experience fainting or seizures, or suffer from fluid accumulation in the abdomen. Unfortunately, the first sign in some cases is sudden collapse of the cat, or sudden death.

Many factors must be considered, even if heartworms do not seem to be a problem in your local area. Your community may have a greater incidence of heartworm disease than you realize—or you may unknowingly travel with your pet to an area where heartworms are more common. Heartworm disease is also spreading to new regions of the country each year. Stray and neglected dogs and certain wildlife such as coyotes, wolves, and foxes can be carriers of heartworms. Mosquitoes blown great distances by the wind and the relocation of infected pets to previously uninfected areas also contribute to the spread of heartworm disease (this happened following Hurricane Katrina when 250,000 pets, many of them infected with heartworms, were “adopted” and shipped throughout the country).

The fact is that heartworm disease has been diagnosed in all 50 states, and risk factors are impossible to predict. Multiple variables, from climate variations to the presence of wildlife carriers, cause rates of infections to vary dramatically from year to year—even within communities. And because infected mosquitoes can come inside, both outdoor and indoor pets are at risk.

For that reason, the American Heartworm Society recommends that you “think 12:” (1) get your pet tested every 12 months for heartworm and (2) give your pet heartworm preventive 12 months a year.

Heartworm disease is a serious, progressive disease. The earlier it is detected, the better the chances the pet will recover. There are few, if any, early signs of disease when a dog or cat is infected with heartworms, so detecting their presence with a heartworm test administered by a veterinarian is important. The test requires just a small blood sample from your pet, and it works by detecting the presence of heartworm proteins. Some veterinarians process heartworm tests right in their hospitals while others send the samples to a diagnostic laboratory. In either case, results are obtained quickly. If your pet tests positive, further tests may be ordered.

Testing procedures and timing differ somewhat between dogs and cats.

Dogs:
All dogs should be tested annually for heartworm infection, and this can usually be done during a routine visit for preventive care. Following are guidelines on testing and timing:

Annual testing is necessary, even when dogs are on heartworm prevention year-round, to ensure that the prevention program is working. Heartworm medications are highly effective, but dogs can still become infected. If you miss just one dose of a monthly medication—or give it late—it can leave your dog unprotected. Even if you give the medication as recommended, your dog may spit out or vomit a heartworm pill—or rub off a topical medication. Heartworm preventives are highly effective, but not 100 percent effective. If you don’t get your dog test, you won’t know your dog needs treatment.

Cats:
Heartworm infection in cats is harder to detect than in dogs, because cats are much less likely than dogs to have adult heartworms. The preferred method for screening cats includes the use of both an antigen and an antibody test (the “antibody” test detects exposure to heartworm larvae). Your veterinarian may also use x-rays or ultrasound to look for heartworm infection. Cats should be tested before being put on prevention and re-tested as the veterinarian deems appropriate to document continued exposure and risk. Because there is no approved treatment for heartworm infection in cats, prevention is critical.